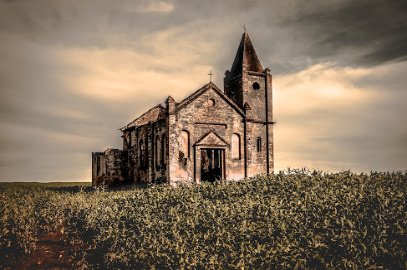 Most church folks know of King David’s big sins. We hear messages and references in messages all the time. But, after all was said and done, he was still God’s favored, a man after God’s own heart.

Solomon was David’s son who took the throne. And though we hear much about Solomon – his wisdom and riches and his building of the temple. We don’t often hear of his sin.

He led well and made a huge impact on the lives of God’s people. But in 1 Kings 11, he started down a slippery slope and disobeyed God’s clear and direct call to worship only one God.

In Solomon’s old age (verse 4, which is in and of itself a sad statement – faithful all that time, then doesn’t finish well) his heart was turned to begin to worship the gods of other cultures. To please his wives, he built temples to pagan gods and joined in on the celebrations.

And God raised up an adversary to Solomon and his kingdom. His life was destroyed.

There were definitely some steps that led to Solomon ending up this way, namely his failure to follow God’s instructions regarding marriage and worship, which led to a whole host of issues.

But in the end, it was his abandonment of God’s word and his commitment that led to his demise.

There are so many statistics that talk about how kids are leaving the church after they become young adults, never to return. But over the years I’ve also noticed so many parents of young kids totally faithful in worship only to pull away as their kids grow older and are no longer around in that church or community.

What is it that causes people to know God, trust God, obey his commandments and his word, then abandon it for something else?

What can the church do to help align people with a desire to follow God and his word until the day they die?

If you are currently fully committed to God and his word, can you foresee a time in your life when you wouldn’t be following God, connected to his church, serving in ministry and living a faithful life of a disciple?

Say this to yourself today: “I follow God and I have no plans to abandon my faith or obedience to God’s word!”