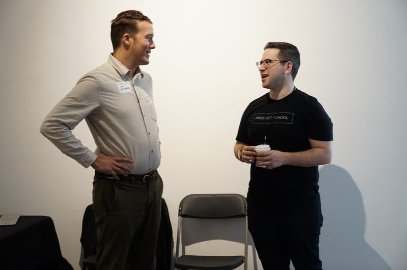 There’s a legend about Buffalo Bill’s Wild West Show and how it began. In 1882, the town of North Platte, NE requested Bill Cody to organize a Fourth of July Celebration. He called it the “Old Glory Blowout.” This event is said to be the beginning of what is today known as the rodeo and considered to be a trial run of what would become the famous Wild West Shows that took the nation, and the world, by storm in the late 1800’s and the early 1900’s.

I don’t know all that may have surrounded the invitation to organize this community event back then, but I know it’s difficult these days to get people to step up and and be at the helm of such things.

It’s not easy to find people who will be willing to take on a project, volunteer for a ministry, or help with a new initiative.

Most often, open-ended invitations to help, lead or volunteer don’t amount to much. But it’s a different story when we ask someone personally.

Asking may be just the thing that helps create the forward motion in another person’s life or family.

I don’t know how many versions of this story I’ve heard: “They asked me to help with Sunday school one summer, and now I’m on staff full-time” or “the worship leader quit and the pastor asked me to step in; I’ve been leading in some way for 10 years now.”

I’ve asked people to speak for ministry events and afterward, it’s launched them into new ministry opportunities. I’ve asked team members to travel with me in Harvest Ministry and through connections made, they started new jobs and ministries or changed their life plans.

It’s a motivator to know that the “ask” may seem big at the time, but it may also open doors we hadn’t even thought of when it’s all said and done. You may ask someone to help lead a ministry event and they become passionate about it. There’s a good chance, as in any delegation process, that the person you ask will be able to eventually do it better than you were ever doing it!

What ministry role do you need someone to take on? What area of ministry do you need a leader? What is your next step or project for moving the church forward? Ask someone.

It will create forward momentum for your ministry now and it will likely increase the ministry capacity and the personal fulfillment in the person you asked.

Asking doesn’t have to be scary – it’s the part of the job of every leader. Who knows what can come from the simple task of asking? It may begin small or seem like nothing, but it could be part of the formation of someone doing something big!