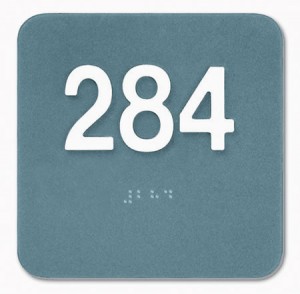 We just recently renumbered all the of the rooms at our church.  We are still waiting for signs to arrive, but for now, at least we are on the road toward less confusing locations around the building.

I’ve been a part of this church, in one way or another, since high school days. I’m now on staff and have seen lots of changes.

When I was young, the youth met in a little room off one corner of the Fellowship Hall in what was called the “accordian door” room.  It also served as the quilting room, which I never really understood.  We had to be so careful.  Since building the Family Life Center, however, the youth room was moved upstairs.  Ironically, the quilters moved up there too.  They used the “3 in 1 Room”, which was a large room that could be divided with homemade, permanently mounted – quite ingeniously – rolling wooden dividers.  A nice space, but of course, a few years back, one section of the “3 in 1” room was taken down to make space for the growing student ministry.  The student ministry grew to the point that they have now abandoned the Upper Family Life Center all together and meet in the Family Life Center.  At least the quilters have stayed upstairs.

Some have adapted to calling the former “3 in 1” room  the “2 in 1” room, but it just doesn’t have the theological significance, which is so desperately needed when naming rooms around the church.  In some ways, understanding the concept of the Trinity was easier that explaining where that room was located.

The women’s bathroom – now room 234 – on the upper level has a story.  For several years, before the church grew and needed more than one bathroom on the upper level, the uncompleted bathroom served as the youth pastor’s office. Fire-Up, one of the events our church does on a regular, annual basis, began as a idea seedling in this “bathroom” 16 years ago.

The Oak Room, which I sometimes refer to as the old kitchen, is off the Fellowship Hall. It’s the room in the church with nice couches.  If you look closely, you can tell that the bookshelf is actually a redesigned kitchen serving window.  I think I helped serve a couple sausage suppers through that window back in the late 1980’s.

With all the extra walls and rooms added in that space, the Old Fellowship Hall has been whittled down to a nary a nub.  With the additions of the nurseries, Room 144 (formerly Room 110) and the growing children’s ministry, the Fellowship Hall has become a glorified hallway designed for Children’s Ministry Large Group Worship.  The very creative drop down portable cloth walls, designed to match the colorful paint in the room, is a nice touch.  In fact, as I type, I just heard the staff talk of renaming that space all together. Maybe, we’ll just call it the “Fellowship Hallway”.

I’m glad the kids have a space to meet.  After large group, they break into little groups and meet in separate rooms. T kids rooms are numbered in this way (walking north to south down the children’s wing) 101, 102, 103, 100, 99, 98.  It’s very obvious to me why this is out of order – because the building was added after the first go around of room numbers were placed.  One thorough look at the door frame in the hallway gives you that clue.

The old choir room, 209, was the administrative pastor’s office, before becoming the youth pastors office.  It’s now been up for grabs, though the youth use it as a small group room and a Sr. High Sunday morning meeting space.  We also use it for staff meetings, though I was late today – since it’s now Room 244, I had trouble finding it.

If a group meets in the choir room turned office/youth pastors office/staff meeting space/Sunday School Room,  they have to be somewhat quiet, since the there is a door leading into the sanctuary choir loft. That made sense, about 6 years ago. The choir still meanders through the back room to appear out from that little door, but may have to reconfigure that habit when a new third hour Sunday morning class begins meeting in there next weekend.

The serving room, formerly Room 116/117 is off the “new” kitchen.  It’s designed for dinners, food lines and can also be broken into two different class rooms. We just started using the room as a “serving room” again since they put new carpet down in the Family Life Center.  There are 200 people who eat dinner each Wednesday night during TGIW.

The copy / office work room is in the old Conference Room, which was actually the old receptionist office, before redesigning the upper level Sunday school rooms.  It’s pretty handy now.  The new Conference Room, bless it’s heart – has only ever been the Conference Room.  It should be proud.

I’m typing this blog from the desk in my office.  This desk has been sitting here since 1995, when it was a work station in one of the two Sunday school rooms on the original upper level.  I had just been on staff for about four months, at another little portable work station, when one day, to my surprise and advantage, the music director resigned and said, “Do you want to move over here?”  How could I refuse?

The culture around my desk has changed dramatically since then.  After hiring more staff, the local hospital donated some pale pink cubicle dividers to us.  These pepto colored walls served as my cubicle for about 4 years, until they decided to build walls, which they built around my desk!  They did move it out six inches, built the wall and moved it back.  Other than that, my desk still remains in the same position, the last relic of the old Sunday school room in the original section of our church house. That old Sunday room is now divided into two rooms – and the offices are numbered. My office number is 230.  I’m official. Like I really belong.

I think keeping people on their toes is important, however, having too many inside secrets about which room is which, could have a very slight negative effect on how people feel about finding where they need to be.   With the new numbering system, we should be able to combat this architectural and organizational history while having a much better grasp on being more welcoming, especially to the guests.  I think it will make a difference in how people are connected.

And this whole though gives some insight into how, at times, long standing church members assume things are just fine – when in reality, they are a mess.

Move Beyond The Ordinary To Create Leadership

4 thoughts on “Room Numbers at Church”