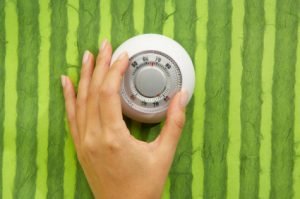 The culture should support the overall mission of the organization.  A purposeful mission matched with a negative culture will never get off the ground.  The culture – the attitudes and actions of individual players and their shared beliefs with others in the organization – is what really drives the effectiveness of the mission.

Changing a culture in a team is not an easy task.  A person can’t just say the values they wish to have in place and think that people will begin to operate in that new mode.

It takes planning, modeling, keeping promises, making decisions based on the vision and mission of the organization, getting past negativity, aligning key players in the right roles, and continually nurturing the newly created, constantly changing culture.

PLAN:  As you are beginning to make a shift in culture, make a plan.  How do you want the members of your team, organization or your church to behave in the new culture? It’s been noted that change won’t come just because you say it, but there still needs to be a plan to operate from.

MODEL: The best, and really only way, for the culture to shift is to begin with you, the leader and other key leaders in the organization.  When the general members of the team see a change in habits, in work ethic, in optimism, and in new momentum, they will start striving for excellence in their own area on the team. Work done from the heart is the most organic way for a positive culture to take shape.  As a leader, are you sold on your mission?  Do you believe it? Are you confident in your current team?  Do you believe they can do it?  How will allow yourself to model a new culture to them?

KEEP PROMISES: From the big to the small ones, keeping promises will help create and maintain a positive culture. I’ve seen this with deadlines.  When a leader imposes a deadline on themselves, for the benefit of the others on the team, but doesn’t follow through, it’s worse than a deadline at all. Set a trend of follow through.  Don’t get the reputation of being a talker.  From the little things to the big, make sure that you keep your promises.

MAKE DECISIONS BASED ON MISSION: If there is a pruning area in the process of changing culture, this would be it. Basing your operating decisions on the basis of your mission will greatly improve the change in culture you desire. It weeds out the things that are time wasters – though they may be good things – they aren’t part of what is needed to move your organization to the top.

GET PAST NEGATIVITY: As Mark Twain once quipped, “the only person who likes change is a wet baby.”  Any change can bring up negative feelings.  Don’t dwell in negativity.  Don’t breed negativity.   Understand that it might start with some negative thoughts, but we have to move past it quickly. When a shift in culture is beginning, team players have the potential to feel victimized. They either feel their organization is being taken from them or that they are being singled out to improve.  I remember once, at an annual staff retreat, the mode of operandi was announced, in just a reminder kind of way.  The next afternoon, one of our part-time staff members resigned, on good terms, stating that they didn’t think they could really live up to what was being asked.

ALIGN KEY PLAYERS IN RIGHT ROLES: This may be the most difficult, depending on the structure of the organization.  The right people in the right places, doing the right things will greatly increase the momentum and positive attitude toward changing the culture in your organization.  It might be as simple a changing titles or clarifying roles.  Or it may be on a larger scale of changing the structure of supervision and work load.

NURTURE NEWLY CREATED (CONSTANTLY CHANGING) CULTURE:  A culture change isn’t a one time thing.  It’s a constant process to make sure that the attitudes, shared view of the work, and habits of your team are producing a good environment that values excellence.  Though culture is only a result of your hard work, it can become a catalyst as time goes on.  The next person that comes into your organization will have the luxury of only knowing and experiencing a  winning culture.  Keep that expectation high – both for the new people and the current members.

6 Practical Ways to Increase Momentum In Your Organization

Are You Inventing, Improving or Innovating?