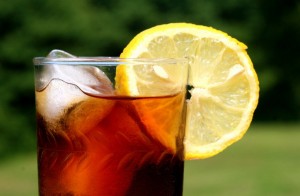 There are two primary reason I don’t drink alcohol.

– I’m not writing this post to stir up controversy.  But, in the case this might be helpful to someone, I’m willing to write it.

– I’m not condemning, I’m truly just sharing this information for any who may find encouragement in it – if you’re reading this and you are part of my sphere in life and you drink, don’t worry, we’re cool.

– I’m not going to run around preaching sermons on this, nor do I base any salvation or good things in life on the fact that I don’t drink.

– I’m not perfect.  I have a zillion other vices, thoughts, sins to deal with in my own life.

– I know many Christ followers who drink alcohol either on a regular basis or on occasion.

– I’m not afraid of alcohol – I won’t run out of the room if you ask me if I want a drink, and I won’t make it any more awkward than maybe I already have by publicly stating my position here.  On occasions,  I have been in homes where people have offered alcohol, and I have politely declined. In fact, I’ve become pretty comfortable with politely declining or going for other options since I don’t drink soda pop (based on an entirely different long story, which boils down to more than a decade long competition between myself and my brother, I often opt for water, tea or lemonade – even though I still would have liked to see what vanilla Dr. Pepper tasted like when it came out in 2005. Is it even still made?).

So, here are my reasons why I choose not to drink alcohol at all.

When I was a young, impressionable college student, our college chaplain, who I thought very highly of, mentioned once in passing that “alcohol had never touched his lips, or his wife’s lips” and he was proud of that.  He didn’t make a big deal of it. He was very matter of fact.  I remember thinking, “I want to be able to say that someday”.

Another time, more recently, I was sitting with a fellow youth speaker and he made the statement,  that “because he was in AA, he couldn’t even have one drop”.  I began to reflect on the fact that in our society, it seems more noble to be an alcoholic and quit than it is to have never had alcohol at all. Both are the same – you don’t have a drop.

A third possible reason is that in second grade, as I was getting off the bus, one of the high school students threw a can of beer out the back window and it exploded all over me.  I was grossed out and immediately ran home to take a bath.

But probably more telling than any of them was that recently, while speaking to a group of high school students, I asked for a show of hands if they had ever seen any bad effects of alcohol.  Every single hand in the room went up.  Then I asked a show of hands if they could think of one good result they had seen come from it?  No one raised their hand.  Not an official test, I know – but it was interesting to me.

So, in a culture where 2 out of 3 people drink alcoholic beverages, I’m among the third that totally abstains.

Scripture is a mixed bag when it comes to drinking alcohol.  Paul encourages Timothy to have wine for medicinal purposes.  Jesus changed water into wine during the wedding at Canaan.  Some of the Old Testament prophets were not allowed to touch it.  Elders and church leaders are never to be drunk.

In conversations about this, people always bring up the fact that there was wine in the Bible. I recently read a post from someone about how in scripture they would  “drink to remember” an occasion rather than “drinking to forget”. I think there could be some possible merit here.  In the explicit places in the Bible, they were drinking to remember, not forget, such as wine at the last supper.   Does our culture reserve alcohol as a time to remember or is it primarily to forget?

Since I’m on staff at a United Methodist Church, here’s their official stance: –  The United Methodist Social Principles ask their people to abstain from alcohol. We affirm our long-standing support of abstinence from alcohol as a faithful witness to God’s liberating and redeeming love for persons.   (Also, from a Gallop Poll, about half of Protestant church members totally abstain).

Another angle is my calling as a minister to children and students through Harvest, as a father to two beautiful girls and as a husband. Setting an example of drinking alcohol, even just once in a while, doesn’t really line up.  It’s a slippery slope.  Everyone’s “once in a while” is very relative as is everyone’s “enough”. Paul mentioned that though everything is permissible, not everything is beneficial.  Of course, I’m free to drink, but it’s not beneficial to me or to those around me.  There are countless children, students and adults who I have the opportunity to influence, just like everyone does.

I have already stated the pitfalls of writing this post in the introduction.  Again, my real reason for sharing is for the one or two students, young adults or others who may need to hear that you can be totally normal while abstaining.  I  can tell you this: I find lots of freedom and joy (and from what I hear, lots less headaches) from being totally free from alcohol.  I’m content. I think my family is fun and happy.

If you’ve gotten this far reading this post – thanks.  I’d be happy to hear any comments, but once again, I’m not really here to defend it. If you are needing help with this issue, I’d be happy to talk or connect you with someone who could talk with you. Secondly, I’d be honored for you to share this with anyone who may need to hear it.

Are you busy doing the wrong things