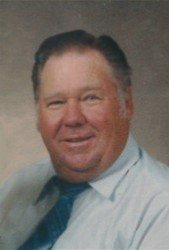 I went to the funeral of my great Uncle Zack.  This is my granny’s brother.  Even though he lived in a neighboring town, I only saw him at large family gatherings every once in a while.  I heard about him way more than I actually was around him.

My most recent vivid memory of Uncle Zack was at my Granny’s birthday party.  As I walked through the food line, he was near me and said, “you like white meat?”

“Ooh, I only like the dark meat, that other stuff is so dry it would gag a maggot.”

I laughed.  My whole family has interesting little sayings.  Of course, Uncle Zack’s voice carried to such a degree that you always heard him more than the others.

Today during the funeral, the preacher talked a lot about Uncle Zack’s involvement in the church.  He spoke of his commitment, his connections to people and his willingness to get the jobs finished and finished right.  The preacher made a list of things that he had learned from Uncle Zack:

4. Competition can bring out the best in you.

5. Respect is to be earned.

I also like another statement one of the preachers made during the funeral service.  In passing he said, “You can build a church on a guy like Zack.”

I don’t know if I ever heard that phrase before – outside of Jesus saying upon this rock I will build my church.  It inspired me to think about the fact that each local church is built on people.  I want to be one of those people.

I’m glad I attended the funeral yesterday.  It was inspiring.