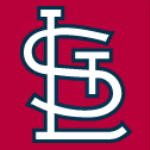 As we were coming home from church, I tuned the radio to the St. Louis Cardinals playing game #1 of the 2011 World Series.  I know my daughter doesn’t like talk radio, so I said, “let’s listen to see whose winning the baseball game!  It’s a big deal.  It’s amazing the Cardinals made it!”

My very unimpressed  daughter replied, “Are the Grizzlies playing?”

“No,” I explained, “The Grizzlies are a minor league team. The Cardinals are part of the major league – it’s much bigger.”

“If the Grizzlies aren’t playing, then let’s turn off the radio” Ruby quickly answered.

Herein lies the difference between knowledge and experience.

We have not ventured to take Ruby to a St. Louis Cardinals game at Busch Stadium; however, we have attended numerous Gateway Grizzly games.  The family atmosphere, the close up view and inexpensive seating at the Grizzlies has created a “fan” of Ruby.  She even caught a foul ball last time we attended!

So, no matter how much knowledge I try to impart to her about the excitement of the St. Louis Cardinals playing in the World Series, her experience of the Grizzlies wins out, at least today.

I remember a song that Charlie Peacock wrote many years ago… “you can only possess what you experience”.   Knowledge and experience work together, but you can never underestimate the power of experience.

Next season, I think I’ll take Ruby to a Cardinals game.