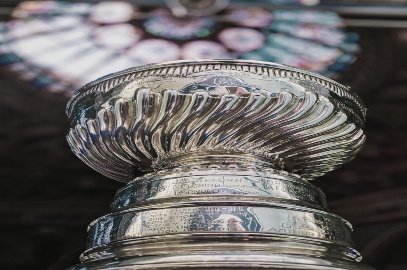 The St. Louis Blues won the Stanley Cup for the first time in their franchise’s history last night on my birthday, June 12. They didn’t have to do that, but thanks!

People around St. Louis are really happy – ecstatic really – some oddly so.

Those who know me well know I’m not much of a sports nut, but last night after the Harvest event we were leading, I actually picked up my phone and checked the score of the game! They were winning and it looked like they would pull it off.

Someone mentioned they should make a movie about this team. They were in last place this spring, then after hard work they made it to the top – grand champions.

Since the game was played in Boston, they opened up the stadiums and arenas in St. Louis for fans to watch. The tickets for these watch parties sold out in minutes.

Congrats to the team, the fans, and our region.

Here’s my big reflection this morning: I actually checked the score and talked about a game! That may be a first for me and hockey! It’s proof that the story can pull us in.

It’s another example of sporting events being inspirational and motivational. In this case, a powerful story of worst to first. It’s an underdog story that everyone can relate to.

It’s hard to believe now, but soon, this victory celebration will become a long-lost statistic, but the truth will remain – we can be pulled in through the power of the story of victory. And I think this is a lesson for the church.

It was the passion of fans of a team right here in our home area. It was every post on Facebook. It was the wave of people who invested it all just to be there. It was their crazy presence in the streets of St. Louis all day long. It was the story of people spending half their life savings to buy a game ticket.

With that kind of passion, it’s difficult not to want to be a part.

The church has the ultimate story. We’re nothing, then we become champions because of God’s grace and sacrifice. We’re totally down and out and then we’re lifted up and given new life.

God’s passion for reaching people trumps any sports victory. But the waters get murky at times when it comes to the passion of the church.

Maybe we can learn from this. If we want to pull in the masses, we have to invest it all. We have to be totally in. We need to pray that people won’t be turned off by structure, institution, or perceived hypocrisy, but be pulled in by a passion of life-giving Christians who called themselves the church, living in and reaching the world in the name of Jesus.