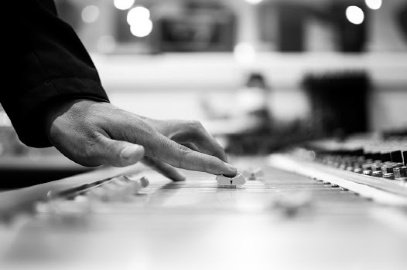 The two services in the Family Life Center are led by the worship band and until we began the second of the two in that space, the sound ministry was filled by some high-quality volunteers. After beginning the second service, the amount of time needed exceeded the time allotment by the experts we had. In addition, we had just purchased a new soundboard and system.

For a while, we had a different sound person for each of the two services. This was great for equipping people, but created a struggle for consistency.

The straw that broke the camel’s back was one December when we realized between the Sunday services, the Wednesday rehearsals, the special events and the Christmas drama (which took several nights of rehearsal and the presentations), we need someone at the sound board 23 times during the month. We were overwhelmed and subsequently changed our December planning for the following years.

However, encountering a struggle like that helped to bring clarity to the need for a paid person to help with the sound. We found such a person – a local student who was gifted in sound ministry and was seeking something similar as a profession.

In addition to doing ministry, he also helped equip other people to serve and learn. It was a great three years!

After he graduated and took a job in another city, we transitioned to a new person. We have been blessed to connect with another young adult who is also easy going and gifted in tech ministry.

If there was any hesitancy toward hiring a sound guy, it soon left! People were delighted to have someone consistent helping to make worship rehearsals and services run smoothly.

Another additional blessing was the community around the sound board. It sits in the middle of the worship space and after each service, there was always a small crowd around the area. A lot of community, connections and conversations have happened!

Where to find potential sound operators:

If your church is at a tipping point in worship tech, planning to hire someone for sound ministry may be the next step.