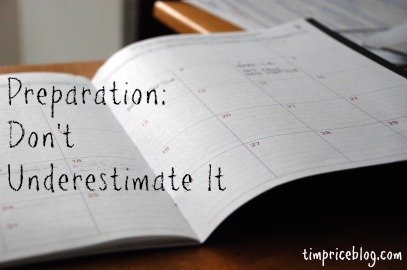 I recently heard a joke about a kid who wanted to grow up and be a garbage collector.  His dad asked him why and the child responded, “They only have to work on Tuesday mornings”.

Kids come up with some funny thoughts from their perception of reality.  But sometimes even as adults, we get a skewed view of other people’s jobs – any of which can have their obvious, shining moments.

The same jokes could be told about a preacher – who only works one day a week, etc.

A bull rider only works for eight seconds.

A concert pianist may only play an average of 100 times per year, that’s an hour, twice a week.

A surgeon may only perform a couple of surgeries a day.

A lawyer presents before the court occasionally.

A pilot takes just two trips a day with a plane full of passengers.

A Broadway show may just perform each night for a month, then takes a few months off.

What is the common theme here? The general public only sees the fruit of preparation.  After many hours of learning, growing, experiencing and crafting, these folks make it look easy.  It’s the preparation that creates the difference.

Preparation isn’t exciting. It’s not all that motivating. It must be planned and become a discipline. Preparation typically isn’t glamorous, lucrative, or noteworthy, but preparation is worth it.

Students often wish they could just get on with life instead of being stuck in classes.  That’s the season of preparation.

New employees wish they could be in a higher position with more impact, but they are working on small projects. That’s a season of preparation.

Have you heard the story of the guy trying to chop down a tree with a dull ax?   It took him three hours and he still wasn’t done. Someone asks why he didn’t sharpen his ax and his excuse is he didn’t have the time.  The time invested in sharpening the ax and cutting the tree down would have been less time than he spent without preparing his ax. It also would have had a better outcome!

Preparation works the same way.  When you are prepared, there is a better outcome.

Where in your life do you feel like you are preparing? 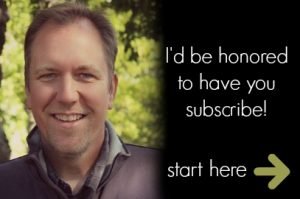 How To Live A Disciplined & Successful Life

A Better Word for Rat Race 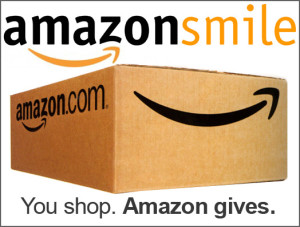 Use this link to shop Amazon and Harvest Receives Money! Thanks!