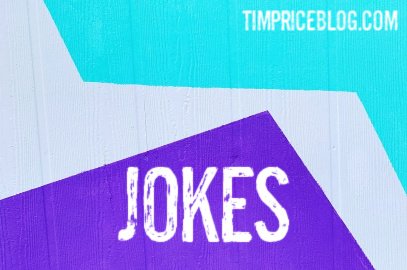 A taxpayer received a strongly-worded “second notice” that his taxes were overdue. Hastening to the collector’s office, he paid his bill, saying apologetically that he had overlooked the first notice.

“Oh,” confided the collector with a smile, “we don’t send out first notices. We have found that the second notices are more effective.”

A man phones a lawyer and asks, “How much would you charge for just answering three simple questions?”
The lawyer replies, “A thousand dollars.”
“A thousand dollars!” exclaims the man. “That’s very expensive, isn’t it?”
“It certainly is,” says the lawyer. “Now, what’s your third question?”

Every ten years, the monks in the monastery are allowed to break their vow of silence to speak two words. Ten years go by and it’s one monk’s first chance. He thinks for a second before saying, “Food bad.” Ten years later, he says, “Bed hard.” It’s the big day, a decade later. He gives the head monk a long stare and says, “I quit.” “I’m not surprised,” the head monk says. “You’ve been complaining ever since you got here.”