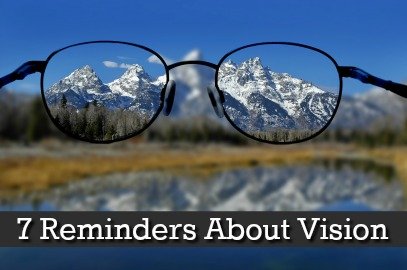 Vision is discovered, not invented.

The best way to discover the vision for your ministry or organization is to spend time with Jesus, in His Word.  From there, you will be drawn into God’s dream which is always more perfect than we can imagine.

Seeking the vision requires these things:

This vision is for a future time.
It describes the end, and it will be fulfilled.
If it seems slow in coming, wait patiently,
for it will surely take place.
It will not be delayed.  Habakkuk 2:3

Then, after doing all those things,
I will pour out my Spirit upon all people.
Your sons and daughters will prophesy.
Your old men will dream dreams,
and your young men will see visions. Joel 2:28

When people do not accept divine guidance, they run wild. But whoever obeys the law is joyful. Proverbs 29:18

Once You spoke in a vision to Your devoted ones and said, I have endowed one who is mighty [a hero, giving him the power to help–to be a champion for Israel]; I have exalted one chosen from among the people. Psalm 89: 19

For God [does reveal His will; He] speaks not only once, but more than once, even though men do not regard it [including you, Job]. Job 33: 14

And He said, Hear now My words: If there is a prophet among you, I the Lord make Myself known to him in a vision and speak to him in a dream. Numbers 12: 6

Now there was in Damascus a disciple named Ananias. The Lord said to him in a vision, Ananias. And he answered, Here am I, Lord. And the Lord said to him, Get up and go to the street called Straight and ask at the house of Judas for a man of Tarsus named Saul, for behold, he is praying [there]. Acts 9: 10-11

Now the people kept waiting for Zachariah, and they wondered at his delaying [so long] in the sanctuary. But when he did come out, he was unable to speak to them; and they [clearly] perceived that he had seen a vision in the sanctuary; and he kept making signs to them, still he remained dumb. Luke 1: 21-22

5. Visions Are:  Bigger Than We Can Imagine

And moreover, some women of our company astounded us and drove us out of our senses. They were at the tomb early [in the morning] but did not find His body; and they returned saying that they had [even] seen a vision of angels, who said that He was alive! Luke 24: 22-23

And one night the Lord said to Paul in a vision, Have no fear, but speak and do not keep silent. Acts 18: 9

[There] a vision appeared to Paul in the night: a man from Macedonia stood pleading with him and saying, Come over to Macedonia and help us! Acts 16: 9 [This is] the revelation of Jesus Christ [His unveiling of the divine mysteries]. God gave it to Him to disclose and make known to His bond servants certain things which must shortly and speedily come to pass in their entirety. And He sent and communicated it through His angel (messenger) to His bond servant John, who has testified to and vouched for all that he saw [in his visions], the word of God and the testimony of Jesus Christ. Revelation 1: 1-2

It was the Lord’s pleasure for His righteousness’ sake [in accordance with a steadfast and consistent purpose] to magnify instruction and revelation and glorify them.Isaiah 42: 21

Now to Him Who is able to strengthen you in the faith which is in accordance with my Gospel and the preaching of (concerning) Jesus Christ (the Messiah), according to the revelation (the unveiling) of the mystery of the plan of redemption which was kept in silence and secret for long ages. Romans 16: 25

Do not spurn the gifts and utterances of the prophets [do not depreciate prophetic revelations nor despise inspired instruction or exhortation or warning]. 1 Thessalonians 5: 20

Now the boy Samuel ministered to the Lord before Eli. The word of the Lord was rare and precious in those days; there was no frequent or widely spread vision. 1 Samuel 3: 1

But the natural, nonspiritual man does not accept or welcome or admit into his heart the gifts and teachings and revelations of the Spirit of God, for they are folly (meaningless nonsense) to him; and he is incapable of knowing them [of progressively recognizing, understanding, and becoming better acquainted with them] because they are spiritually discerned and estimated and appreciated. 1 Corinthians 2: 14

Overcoming The Two Chief Hindrances Of Teaching At Church

What is Vision? Here’s a Simple Answer